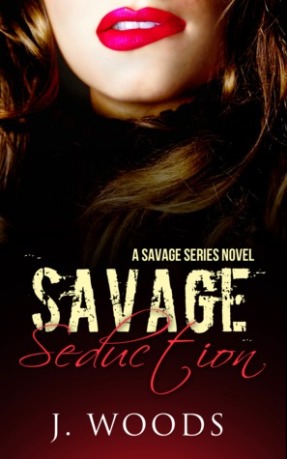 SAVAGE SEDUCTION is the first Savage family novel in a new fun and steamy contemporary romance series. Since starting Savage Security with his brothers, Logan Savage has been chasing mission after mission, running away from the memories of his past. With no fear and no one waiting for him at his isolated cabin in the woods, Logan is determined to keep everyone at arm’s length including his concerned family. And the irresistible woman who dares to blur the lines between his defenses and desire. Known for her independence, successful CEO Zoe Alcott makes no apologies when she finally takes a stand against her placid love life. Until the day she finds a love note from a deranged stalker and her safety is placed in the palm of Savage Security and the mysterious Logan Savage. Not her usual type, Zoe wonders if the instant passion between them is enough to convince Logan to break his only rule – never get involved with a client. When Zoe’s stalker becomes increasingly more insistent, Logan continues to fight against his growing possession and wild desire for the too courageous troublemaker determined to drive him crazy. But when the mission takes a turn for the worse, Logan wonders if the battle is worth losing the only woman that he can’t stop thinking about.

J. Woods is a Toronto based writer, mother, and non-conformist. She lives between the space of her green tea and humming laptop when she isn’t chasing after her free spirited daughter. She has studied too many things to count including radio broadcasting and entrepreneurship. Grasping at sanity, she realized writing stories about her insane thoughts was easier than explaining them to a doctor. Not to mention cheaper.

2447 members
This Is A Group for Readers,Writers and Reviewers of All Different Genres.

View this group on Goodreads »