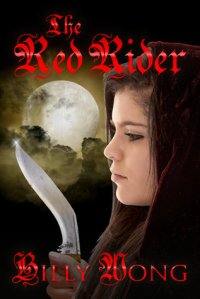 Action-packed fantasy adventure loosely inspired by the Red Riding Hood legend, featuring one tough female warrior. After killing the werewolf that took her grandmother’s life, a young girl is outcast from her village over the perceived taint from contact with the lycanthrope. A decade later she is the famous Red Rider, slayer of hundreds of werewolves. When she learns of a new breed of more intelligent lupines, her skills are put to the ultimate test, and even the help of other warriors such as overweight knight Herbert and cage fighting champion Evie may not be enough to overcome the rising threat.

Billy Wong is an avid fan of heroic fantasy, with a special love for strong female warriors. He draws inspiration from the epic legends of old, and is on a quest to bring over the top deeds and larger than life heroes back to prominence in today’s literary world.

2492 members
This Is A Group for Readers,Writers and Reviewers of All Different Genres.

View this group on Goodreads »