Hatred paralyzes life; love releases it.New Berlin, 2040. Rebels prepare to fight against the New World Order, bent on bringing down the world’s greatest tyrant. One girl wanted nothing to do with it, content to keep her head down and make the best of this new world. That is, until she has no choice but to work with the rebels and infiltrate the NWO headquarters. Every moment she spends there puts her in danger, especially when one man, the second in command to the New World leader, continues to make his way into her every thought. She must stay focused and protect not just her mind and body, but also her heart. Will she be able to complete her task without being unmasked? Or will the one man standing in her way ruin it all? 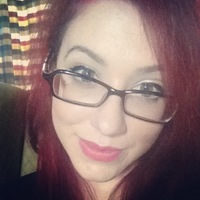 I am an author of YA novels, as well as, and most importantly, a mother to my two beautiful children!

This is the second book to the new World Series. I just loved the first one Switched and had to read Masked.

Masked is told through the eyes of Bridgette who’s sister Charlotte we followed in book one also known as weapon X.

In the clutches of their father (who is the worst father ever) Bridgette takes Charlottes place in the New World Order as Weapon X, so her father will free them. She must plant a bomb to take the headquarters and she’s home free with her sister.

Hmm, not really, there seems to be one person standing in Bridgette’s way Roman. Roman is dangerous the right hand man of the commander Ludwig and he is gorgeous. Bridgette being in her sister’s disguise always has her face and body covered, with the same eyes as her sister she hopes to pull it off but there is too many differences in her mannerisms and her curvy figure that Roman starts to see her in a new light. She tries to avoid Ludwig as much as possible as she doesn’t have the gifts that her sister possessed – mind reading. But she soon is in his presence and I think she does it perfectly.

The story is mostly wrapped around Bridgette’s and Romans relationship and its tense and mind blowing just loved it. We find out horrific things her father did and why Ludwig and her father have such hatred for each other it makes me look at Ludwig as a decent man even if he did destroy thousands of lives.

A very well written story but for me I just loved Switched more. I would highly recommend this book to fantasy readers.