John a young man from Detroit realizes he has a special bond with a vampire, which gives him special abilities and makes both of them a target; the ancients will stop at nothing to destroy him and his relationship with this unbridled female vampire. Will John’s new found abilities be enough to save her and her coven?

J.L McFadden is an American author that has an European writing style. He is an advid taveler and linguest that uses alot of his experiences in his fictional novels. He also enjoys sports and takes part in international martial communities. McFadden is a paranormal romance author that has a way of spinning tragic romance into stories that stays with his readers. 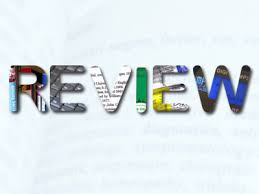 Review of The Guardian

The Guardian is written in third person so it allows us to follow closely Adela, Gala and John. Three people that are tied together. It’s John who we meet first and after losing his friends and girlfriend in a horrific car accident. I just loved the description.

“Tom was midway through one they’d heard before when, coming out of a bend with the tires squawking, an old lady appeared in their path. Keith yanked the steering wheel to the right, swerving around her, then to the left in an attempt to correct, but he overcorrected, and the car began to lean too far to the side. Panic claimed Keith’s face as he steered left and right, small, jerky movements to hopefully regain the car’s traction. Everyone in the car held their breath, praying — until the car began to flip off its wheels. Everyone’s breath returned with their screams — Kathy’s more bloodcurdling than anyone else’s. Hands braced against the roof as the driver’s side front wing crunched against the ground. As the roof followed, it slammed into the road beneath it and bounced back up then down — a constant metal-grinding bobbing as the car scraped across the pavement with too much speed. A pothole ended the erratic skidding by flipping the car back up into the air. The passenger side roof smacked the ground next, sending the car into a roll until it slammed into the side of the building, where it bounced back off and came to a standstill a few feet away from the wall. Smashed glass glittered the car’s interior. The exterior resembled a crumpled up beer can that had been ejected onto the city streets. All four passengers hung from their seat belts. Keith and Tom appeared to be out cold. Kathy’s screams still pierced the night as she kicked and thrashed around in her suspended prison of a seatbelt.”

After the car accident John struggles with their loss and dreams of a woman pulling him from the wreckage, it doesn’t take long for us to meet Gala and Adela who are vampires and Gala is the one who saved him as John is Gala’s Guardian we find this out very early in the book and he is drawn to her immediately. John being a guardian comes with more perks, he gets enhanced speed and strength.

The vampires aren’t written in the traditional way, but come across quite young Gala is very like a teenager, and even Adela who is a much older vampire, doesn’t seem so old in her attitude or the way she speaks. There are times we see her power in her talks with her coven. Her public speaking is powerful and you can see the ruler in her, but when she is alone in private with only one or two people she seems really young. Her flirtatious attitude surprised me at times especially with John.

The men in this story where far more interesting. Like Vatiliy who was a vampire, he acted and sounded like what you would expect a vampire to behave like. John was also a great man character and his Character development was written very well. When he is being trained by the wolves and Adela the fighting scenes are awesome and so well written.

The treats in the story seem to come from every angle, not just the ancients or people betraying them in their own coven, but between Adela, Gala and John. If you love a vampire love triangle, with lots of fight scenes. You will love The Guardian and to continue the journey check out Choices. You can read my review for choices here: https://www.goodreads.com/review/show/1173803341